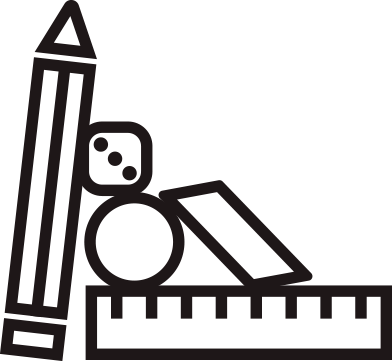 I thought I’d write a bit about some of the obstacles and challenges in trying to get these dice made overseas.

When considering getting dice made, you’d think, what could really go that wrong? It turns out there’s quite a lot! In this photo is our Think Twice Dice manufacturer journey. :’)

Manufacturer A: This was our first manufacturer chosen mainly because they fit our budget and minimum amounts. The samples, although darker than we wanted, were good. When the first batch was ordered, the dice looked quite different from the samples and the pips were quite smaller and not painted well – therefore I was hand-painting hundreds of dice that needed fixing.

For the 2nd batch, the manufacturer had made a mistake and made the dice too dark, along with extremely poor paint.

After expressing dissatisfaction to the manufacturer, batch 3 turned out quite well for the most part. Still, there was hand-painting involved to fix some dice so they didn’t have to go into the “damages” box, which was quite full at this point.

When a re-order was necessary, batch 4 was significantly worse than batch 3. The colour and appearance of the plastic looked “cheaper”, and there were many more issues and flaws (bubbles, discoloration, misshapen pips, and in this batch, entire dice were misshapen and not squared). At this point, with the amount of damaged dice and the amount of hours we’d spend fixing and painting dice, I realized it’s time to invest a bit more money into a new manufacturer to improve our quality.

Manufacturer B: This manufacturer looked quite promising and still within an acceptable budget, but after purchasing samples and waiting a very long time, the dice didn’t turn out as good as we’d hoped. The plastic looked a little “cheap”, and the pips weren’t drilled holes – they were slightly debossed circles – despite the manufacturer promising that they will be “engraved” like the references we initially discussed. They also claim they can’t fix that. This is a common issue with manufacturers – they will very clearly agree on a product, but won’t create what they agreed on.

Manufacturer C: This manufacturer initially created samples with really bad pips on their stock white dice, then claimed it’s because we’re not using their large professional mold, but their smaller mold. Despite my frustration at their lack of initial communication, the manufacturer itself does seem quite reputable and we are considering creating a large mold with this manufacturer which I’m hoping would create better quality dice and save time and money in the long run. The mold itself is $1500 USD, and then there will be the actual cost of the dice itself.

We’re hoping this will work out and that we can finally have peace of mind with a manufacturer for the next few years at least. Wish us luck!